Why are Children with Cancer in South Africa Dying in Unbearable Pain?

Government has not implemented its Palliative Care Plan

I had a patient last year, a four-year-old boy, with a type of cancer called neuroblastoma. After initial treatment, the cancer came back, growing in the confined space between his spine and stomach, causing unbearable pain. His mother was a police officer; a strong, stoical woman who had seen a lot, but she was struggling.
Many children in South Africa are in pain because they do cannot access palliative care medicines.

After several weeks, using every available drug, including numbing him from the waist down, I managed to get the pain under control, and he died a peaceful death.

A month ago, a colleague in Durban asked for advice on managing a similar case. She didn’t have access to half the drugs I had (at Red Cross Hospital in Cape Town) and the nurses were refusing to administer even those that were available because they hadn’t been trained how to use them. The child died in excruciating pain.

The difference between my patient’s relatively good death and the nightmare one of the Durban child is access to proper pain relief within an effective paediatric palliative care system.

There are only a few places in South Africa offering proper pain relief, despite the fact that at least a million children are dying from – or living with – incurable conditions. Frustratingly, efforts to remedy this unacceptable situation have ground to a halt.

In 2010, the Hospice Palliative Care Association of South Africa (HPCA) initiated an alliance that hospices, professionals working in palliative care, academics and some officials from the Department of Health. A draft policy was created but never implemented.

The human brain is the “cockpit” or “command center” for the central nervous system; it is also, despite its critical role in every aspect of human life, one of the most delicate organs in the human body. Any abnormal growth or tumour in the brain, whether cancerous or non-cancerous, can cause serious damage to healthy brain tissue and impact the body’s ability to function normally rather significantly.

Whenever possible, the first line of treatment will be surgery – the goal being to remove all, or at least most of, the tumour. Radiation and/or chemotherapy may follow surgery in order to eliminate any remaining tumour cells that could not be removed during the surgery and/or to prevent the tumour from re-growing if possible.

Can New Molecule Stop Cancer from ‘Tricking’ the Immune System?

One such way involves the so-called myeloid cells. These are a key weapon in the immune system’s armory. Myeloid cells are both crucial for the body’s innate immune response and its adaptive response against a wide range of pathogens.

In theory, myeloid cells should attack invaders such as cancerous cells. But the latter trick the former into “thinking” that cancer cells are actually a part of the body that something has damaged. As a result, the tumour cells rope the myeloid cells into helping them divide and grow.

New research, published in the journal Nature Communications, reveals a novel target for immunotherapy, which can stop cancer from recruiting myeloid cells.

READ MORE on our NEW BLOG

Childhood Cancer – What is to Blame for It?

Most individuals who have not been affected by childhood cancer mistakenly believe that childhood cancer is caused by genetic or environmental factors, not simply bad luck, according to a new study by medical researchers at UNSW.

The team of researchers has highlighted community beliefs about what causes cancer in children, an area which remains understudied.

“Few childhood cancers are attributed to genetics or environmental factors, so when children are diagnosed with cancer, families often wonder ‘why me/why us‘?” said lead author Janine Vetsch, postdoctoral research candidate from UNSW Sydney in Australia.

READ MORE on our NEW BLOG

May this year give you the opportunity to follow your dreams
love like there is no tomorrow and smile unconditionally.

While most people have been on leave, I have been working quietly in the background staying in touch with our Families, following and reporting on our EPIC Motorised Bicycle Tour (full post to follow soon… here’s a little “teaser”

Jason Doyle aka “CrazyNomad” and Tony Visser rode 60cc motorised bicycles from Melrose Arch in Johannesburg to Cape Town to raise funds for US!!! The trip took a few days longer than expected due to various mishaps, but they MADE it!!! They met wome wonderful peeps along the way, raised loads of funds and spread Childhood Cancer Awareness in the most out of the way little dorpies along the way….

We will be doing a full blog post about this whole journey soon and Tony is also going to make a video of all the live vid he did along the way, including some none of us has seen yet…. woohooo!

The site is still a “work in progress” as with any new website… still updating info and sorting out all the links etc but all will be resolved very soon and in the meantime DO visit it and let us know what you think…. and if there is anything that you would like to see on our site.

Team LFCT has BIG Plans for this year – as you all know, last year we were basically a brand new team, so we had a lot to learn while still keeping things going – we survived the Baptism of Fire and are raring to go in 2019!

SO, to all our loyal followers on this blog, please pop over to our new blog on our new website and subscribe to follow us there…

Dedicated to Those Who Are Missing Someone Today

Christmas is not a happy time for everyone – there are many individuals for whom the Festive Season is very painful as it is the time that they miss those who are gone the most.

For parents who have lost a child, whether to cancer or anything else, this is a really, really, difficult time of the year because Christmas is about the children, after all…

Today we would like to take a moment to send out some love to all parents who have lost a child/children.

While the first Christmas is particularly poignant, each Christmas without your child will bring its own challenges, and each parent has to grieve in his or her own way.

There is not much that anyone can say that will take away your pain, but we here at the Little Fighters Cancer Trust would just like to let you know that we are holding you close in our hearts today and are sending you as much Love & Peace as your heart can hold.

END_OF_DOCUMENT_TOKEN_TO_BE_REPLACED

Wishing You A Joyous Festive Season

The Little Fighters Cancer Trust would like to thank every one of our Donors, Supporters, Ambassadors, Volunteers & Staff for everything that YOU have done to make the lives of our Little Fighters and their Families just that bit easier throughout 2018.

This has been a very difficult year for most people, but thanks to you all, LFCT managed to still take care of the most vulnerable children and their families with advice, information, love and practical assistance.

We did various outreaches to our Little Fighters in hospital as well as at home, and apart from the thousands of presents, clothes, blankest and snack-packs,  we also managed to send every one of our registered families a Family Care Package every month so that they at least had all the basics plus some toys for all the kids in the family.

Thanks to your donations and thanks to #KargoInternational, there will be Joy and Feasting in all our Registered Little Fighter Families this Festive Season.

END_OF_DOCUMENT_TOKEN_TO_BE_REPLACED 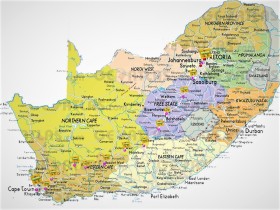 The guys left from Melrose Arch on Saturday and have been making good time each day despite having to keep off the major highways due to their motorised bicycles only having 60cc engines (which means LOTS of pedaling) and dealing with some really bad gravel roads.

Fortunately they are quite flexible re their planned route and made some adjustments so that the road on Monday was not as bad as Sunday’s road….

END_OF_DOCUMENT_TOKEN_TO_BE_REPLACED

Team LFCT is starting to get very excited, but not as excited as Crazy Nomad Jason Doyle and his good friend Tony Visser, who will be starting their epic first of its kind fundraising tour from Johannesburg to Cape Town this coming Friday, 15 December 2018.

They will be doing a Fundraising Ride from Johannesburg to Cape Town (approximately 1 400 kms) on motorised bicycles to raise funds for the Little Fighters Cancer Trust.

The trip will take our riders on the back roads, starting at Melrose Arch, Johannesburg on 15 December 2018 and everyone is invited to witness their send-off which promises to be quite spectacular. Hundreds of Motorcycles from various clubs around Gauteng will escort them out of Johannesburg.

If all goes according to plan, our intrepid riders should arrive in Cape Town on 30 December 2018.

END_OF_DOCUMENT_TOKEN_TO_BE_REPLACED

A three-eared rabbit stands on Bridgette Czarnecki’s hospital bed. He playfully wiggles his ear and adjusts his yellow bow tie.

“You’re stronger than you know,” he tells the 8-year-old. “I wish I was that strong.”

A flying pink-haired cow swoops in, pirouetting in the air. “Believe in yourself,” she says in a gentle voice. “I sure do.”

They’re all part of the Imaginary Friend Society, and they are exactly as billed: a figment of the imagination. For Czarnecki, who was diagnosed with a brain tumor in November 2017, they were a welcome distraction from the stress and anxiety of MRIs and chemotherapy while she was treated at the Children’s Hospital Los Angeles through February.

Czarnecki summoned the characters from a touchscreen above her hospital bed and the Imaginary Friend Society app developed by the Pediatric Brain Tumor Foundation. The app uses augmented reality, which overlays digital images on top of what you’re seeing in the real world.

“It makes me feel happy,” Czarnecki tells me.

END_OF_DOCUMENT_TOKEN_TO_BE_REPLACED

Recent remission to now a girl on a mission!